Dr Elisa Serafinelli and Dr Lauren Alex O’Hagan (Research Associate, University of Sheffield) discuss their Arts and Humanities Research Council (AHRC)-funded project Drones in Visual Culture and their forthcoming digital exhibition Views From the Blue, which encourages viewers to reflect on how drones are reshaping our geographical imaginations and understanding of the world.

Drones are often misunderstood. Widespread attention in the press to their usage in surveillance and warfare has framed them in the popular conscious as negative forms of technology that breach and intrude upon our privacy and safety.[1] This belief is furthered by their aerial perspective, which has been historically regarded as in tension with views from below due to its associations with panopticism and unequal power dynamics.[2]

However, the recent growth of civil drones, coupled with their widespread employment in such fields as environmental and wildlife conservation, agriculture and disaster responses, is challenging this hierarchical perspective and suggesting new, creative ways for people to engage with this new top-down angle.[3] This has pushed many leading drone scholars to argue that more studies must be carried out on the visual capabilities and semiotic features of drones and their role in sense-making processes in order to offer flexibility in the persisting negative perceptions around their forms and functions.[4]

According to Pauschinger and Klauser,[5] the increasing multifunctionality of drones, in fact, offers an “intimate and reciprocal melange between the ground and the sky” that diversifies verticality as an exercise of power and reassembles new and old forms of knowledge and expertise. The images produced by drones can make landscapes multimodal and multisensorial, creating a synesthetic space that transcends familiar visual orientations and establishes an alliance between power and visibility that constantly offers opportunities for counter-hegemonic and rhetorically inventive forms of “reaction, redistribution and resistance.”[6] This has a deterritorialising effect, cutting across conventional geographical divisions and replacing them with new simulated territories, which can help us redefine our own relation to and perception of the earth.[7] 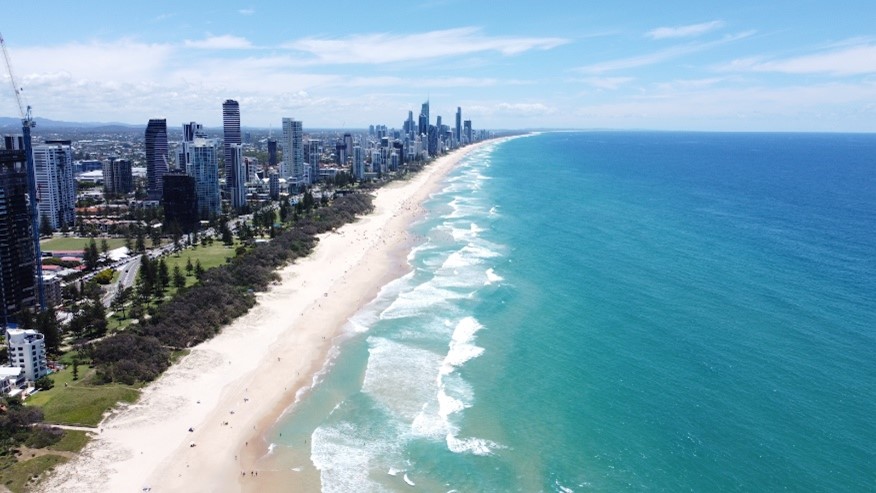 Drone visuals (both photographs and videos) stand as important first-hand evidence of the instability of meanings associated with the aerial view, unsettling and reformulating our understandings of verticality and power relations. The fundamental movement, range and autonomy of drones challenge the limitations of human senses, while choices of colour, perspective and angle in drone imagery defy human perceptions. In doing so, these visuals reveal new functions, roles, meanings and relations between objects, individuals and communities, producing unique interpretations of geographical landscapes and fresh narratives of everyday environments.

This is the context for Views from the Blue, the digital exhibition that we are launching as part of Creative Reactions/Pint of Science. The exhibition seeks to encourage a reappraisal of drones as instruments of surveillance and warfare by showcasing drone visuals produced by civilian drone users and shared on social media platforms. It will allow visitors to get up close to the aesthetic, textual and semiotic characteristics of drone visuals and, in doing so, reflect on how drones have created new ways of visualising and embodying our world, acting as intermediaries between humans and nature.

The exhibition is organised into ten themes that emphasise the impact that drones have on our visual imaginaries: 360-degree vision, access to inaccessible places, defamiliarising the familiar (top-down view), shadow play, verticality (birds-eye view), extreme close-ups, dronies, the power of weather, animal interactions and ‘classic’ landscapes. Each theme will include an image, accompanied by a short written reflection exploring its content, which aims to expose visitors to new points of view and ways of thinking about drones. 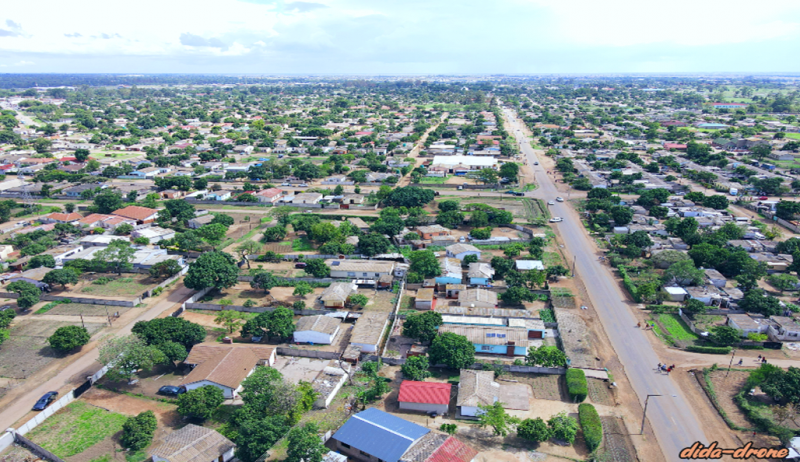 Through these themes, visitors will learn how the advanced technical capabilities of drones grant them visual and mobile affordances for networked communication, connected presence and mobile place-making that were not possible in earlier forms of aerial photography and opens a space to develop or revise the scope of technological intervention and reconstructions of reality.

People rarely think of the transformative and inventive aspects of drones. We hope that this exhibition will help change this by demonstrating their multifaceted nature and encouraging a relational, rather than absolute, experience between drone and viewer. We believe these themes of power, resistance and creativity are extremely relevant to our society and the times we live in.

The exhibition forms part of the AHRC-funded project Drones in Visual Culture: Developing a New Theory of Visual Mobile Communication, which aims to understand how drone visuals (images and videos) are changing the way we see the world and our surroundings.

Dr Elisa Serafinelli (@eliserafinelli Research Fellow) and Dr Lauren Alex O’Hagan (@laurenohagan91 Research Associate) are based in the Department of Sociological Studies at University of Sheffield, where they work on the AHRC-funded project Drones in Visual Culture: Developing a New Theory of Visual Mobile Communication.

[1] Tyler Wall and Torin Monahan, 2011. ‘Surveillance and Violence from Afar: The Politics of Drones and Liminal Security-Scapes’, Theoretical Criminology 15(3):241.

[4] For example, William Walters, 2014. ‘Drone Strikes, Dingpolitik and Beyond: Furthering the Debate on Materiality and Security’, Security Dialogue, 45(2):101-118 Katharine Hall Kindervater, 2016. ‘The Emergence of Lethal Surveillance: Watching and Killing in the History of Drone Technology’, Security Dialogue 47(3):223-238. 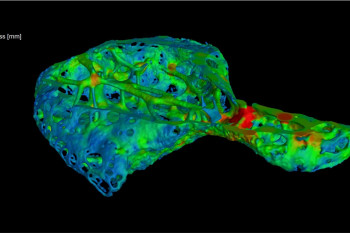 Exploring the Human Heart
© Pint of Science, 2022. All rights reserved.