Our lives are massively influenced by tiny organisms that we can’t even see. To every human cell within your body there are ten times as many bacterial cells. Trillions of these microbes make up our microbiome – the environment in which bacteria, fungi and viruses interact and thrive in the depths and darkness of our gastrointestinal (GI) tract. We have a symbiotic relationship with these microbes – meaning that both ourselves and our microbiome gain from this relationship. We provide a sheltered environment with food for microbes to live in, whilst they help us digest our food and prevent ‘bad’ bacteria from causing infection within our bodies. Despite how tiny these microorganisms are, they have a vast amount of influence on our bodies – both physically and mentally. 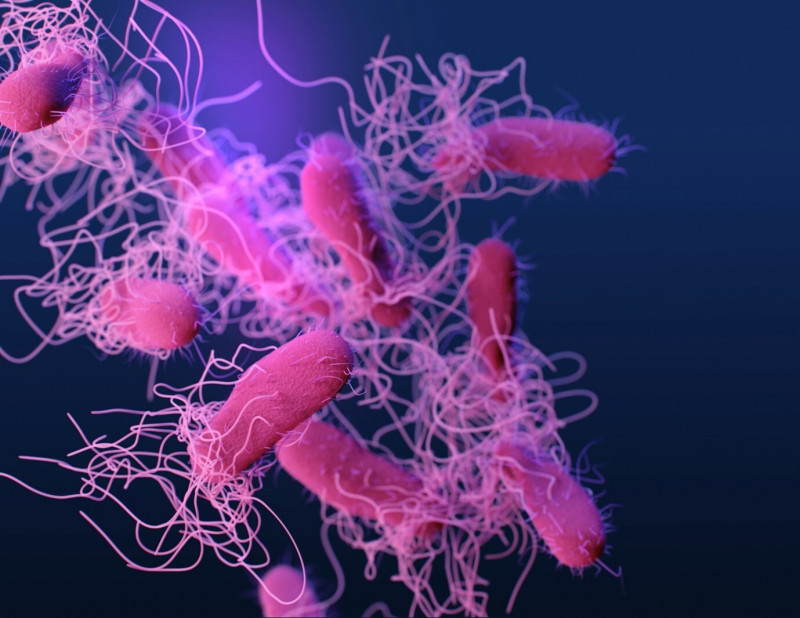 The food we eat has a large impact on our microbiome. Tryptophan and tyrosine are essential amino acids that we get from food, the building blocks that make up every single protein in existence. Tryptophan is also necessary for the metabolism of serotonin – a feel good neurotransmitter released in the brain – of which 90% is made within our gut. Tyrosine is necessary to make the neurotransmitter dopamine – which gives us the motivation to do things. These neurotransmitters are synthesised by bacteria in our guts. The Bacillus and Escherichia species produces dopamine, Escherichia produces serotonin, as well as the Streptococcus and Enterococcus species, and the Lactobacillus species synthesises gamma-amino butyrate – which has a calming effect on the brain. However, antibiotics can kill off these microbes within the gut which in turn can affect how we feel. 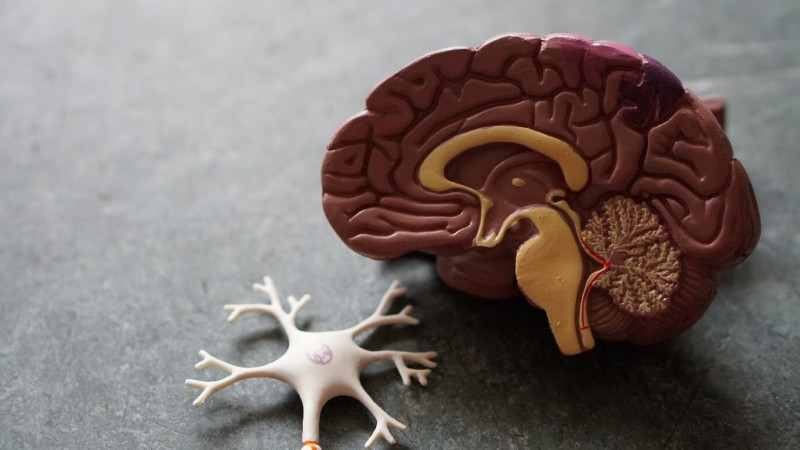 A model of a brain and a neuron

The lives we lead, and the environment we live in, all influence our microbiome. A study from 2022 outlined that frontline workers during the COVID-19 pandemic experienced gut dysbiosis; a condition where the microbiome becomes imbalanced. The frontline workers later went on to experience post-traumatic stress but it’s unknown how the gut dysbiosis directly influenced their stress related symptoms. However, we do know that the gut brain axis (GBA) is the link of our brain (central nervous system (CNS)) with our gut or GI tract (enteric nervous system) which stressors can easily manipulate. In 2011, researchers have shown that the vagus nerve (which runs from the brain to the abdomen) is a vital interaction between the GBA and the CNS, one of which probiotic (good bacteria) treatment with Lactobacillus reduced anxiety-like behaviour in mice. Also, scientists in 2019 determined that supplementing vitamin D alongside probiotics containing Bifidobacterium and Lactobacillus reduced the severity of psychiatric symptoms for patients with schizophrenia. Schizophrenia is genetically inherited psychiatric disorder, whereby patients experience visual and auditory hallucinations. Probiotics could be used in the future alongside medication to help alleviate mental health conditions. The more the merrier, especially when it comes to microbiome diversity.

What happens when we get a build up of ‘bad’ bacteria in our microbiome? Abnormal microbiome composition has been associated with depression, influenced by a range of factors such as genetics, food, exercise and environmental factors. A study from 2015 showed that patients with major depressive disorder have displayed higher amounts of Proteobacteria and Bacteroidetes within their microbiome with reduced Firmicutes and Faecalibacterium compared to healthy controls. Reduced levels of an anti-inflammatory bacterium known as Faecalibacterium has also been associated with bipolar disorder – a mental health condition in which patients experience bouts of mania and depression. The overgrowth of these Proteobacteria and Bacteroidetes species include those associated with inflammation which are also found within a healthy microbiome. However, depression is associated with a ‘leaky gut’ which may aid in these inflammatory proteins released from these bacteria, such as lipopolysaccharides (LPS), reaching the CNS. Gram negative bacteria have an extra outer membrane coating them which contains LPS and this can contribute to inflammation within the body. 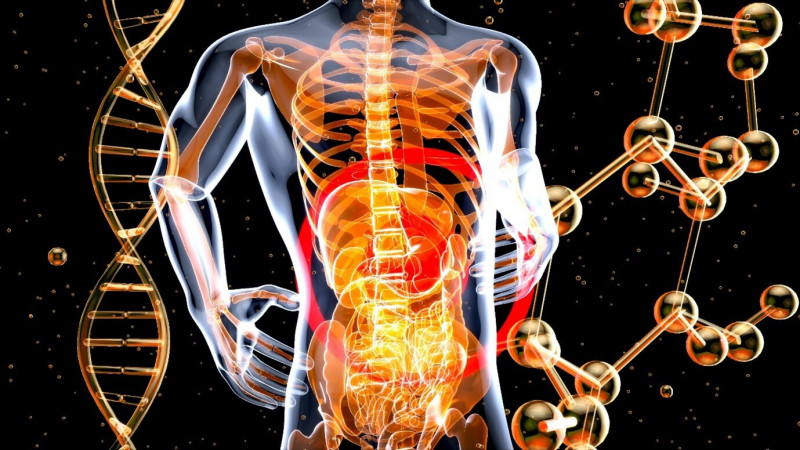 Graphic of inside the body

Neurodegenerative diseases, which cause the demise of neurons within the brain, have also been associated with gram-negative bacteria and LPS. The most common form of dementia, Alzheimer’s disease (AD), is a neurodegenerative disease associated with the death of neurons in the brain causing memory loss. In 2016, a study determined that LPS and Escherichia coli (E. coli) were highly expressed in AD brains compared to healthy controls. The LPS was found in amyloid beta plaques which are characteristic of the disease. In Parkinson’s disease (PD), neurons that produce dopamine in the brain die which causes difficulties in movement for patients with PD. In 2011, a study determined that patients with PD showed higher levels for the LPS binding protein, and patients showed signs of ‘leaky’ guts, which were more permeable, allowing gram-negative bacteria to escape the gut and cause inflammation. Finally, AD and PD patients also have altered microbiomes, exhibiting signs of gut dysbiosis. Again, this contributes to a leaky gut, as the ‘bad’ bacteria allows pathogenic bacteria and their endotoxins to leave the intestines, activating the immune system and causing inflammation within the body.

Once we have an established microbiome it’s difficult to change. However, making the right steps to maintaining a healthy diet, exercising and managing stress all have positive effects on our microbiome. If we look after the tiny microbes, they will in turn, look after us. It's more than just a gut feeling – it affects your mental well-being too!

Catherine Turnbull is a Neuroscience PhD student studying Alzheimer’s disease at UCL. She has previously written news articles for BioNews, published by the Progress Educational Trust, as a volunteer student writer. She has also written for the UCL’s student life science magazine, known as Kinesis. You can find her on Twitter @Catherine_Sci