Bob Sparham is a graphic artist and printmaker; he is also trained as a historian and a Shakespeare scholar. His project for the Creative Reactions 2020 online exhibition, is an attempt to unify his disciplines and interests. Particularly in the history of Astronomy after hearing an inspiring lecture on Galileo during his time at the University.

Bob has been paired with a research fellow at the University of Nottingham Ulrike Kuchner for Creative Reactions 2020. Both share the same interests about art as Ulrike holds a MA Fine Art degree. During their meetings they engaged into discussions about the philosophy of science or astronomy.

Bob takes Galileo's observations of Jupiter and its Galilean moons and illustrates them, with the aim to make the speed of the moon’s orbits clearer to the lay reader.  He also makes the meaning of these illustrations clear in a 17th century context.  Read his full piece here. 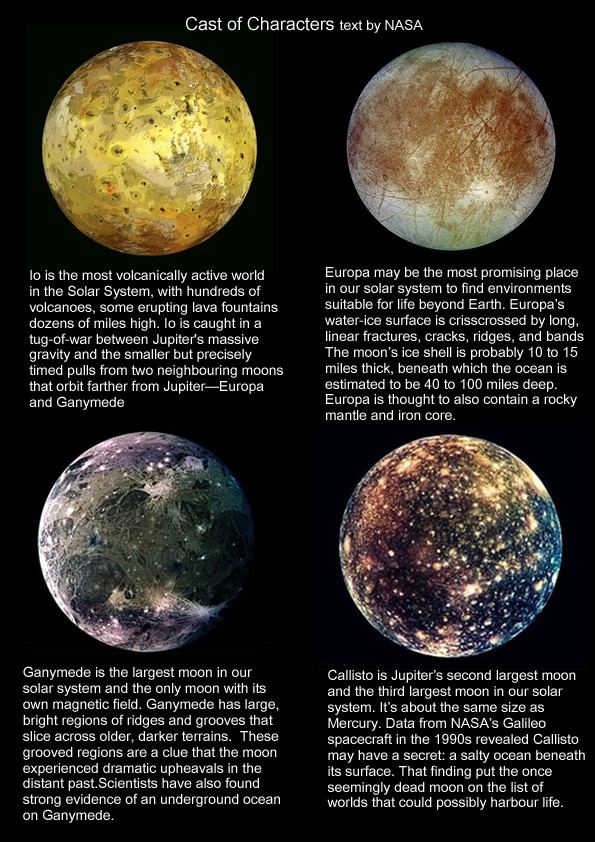 Here's what they had to say about their collaboration:

I am a graphic artist and printmaker, however I also trained as a historian and I am a Shakespeare scholar. My Creative Reactions project for the Pint of Science 2020 online virtual festival is an attempt to unify my disciplines.

[This] project is based on my astronomical observation with my telescope from my back garden. For three summer nights in January ten years ago, I observed Jupiter and I was surprised by the speed that the four Satellites, the four Galilean moons orbited the planet. It was a beautiful sight and one which has stayed with me in the years since, indeed my telescope is roughly the same size as the one which Galileo used to make his important observations in January 1610.

I have been interested in the history of Astronomy since hearing an inspiring lecture on Galileo when I was at University.

I believe that the publication of Galileo’s observations was nothing less than the most important event of the Early Modern period in political and cultural terms as much as in Astronomical. Therefore for the visual part of the project I have decided to illustrate Galileo’s sketches of the 7th-24th January 1610 with a series of montages of Jupiter and the Galilean moons.

What is your research about?

The matter in the Universe is ordered like a giant spider web where galaxies accumulate in filaments and knots. Depending on where in this web they live, galaxies change their properties over billions of years. I study how the structure of the Universe and the galaxies in them evolve in areas of the Universe where many thousand galaxies assemble, called galaxy clusters. To do so, I analyse big samples of images and spectra of galaxies collected with large telescopes and compare measurements with expectations from computer simulations of the underlying dark matter and gas.

What do you like the most about your research area?

The adventure of finding something new.

When did you decide to become a scientist?

When I was 18 or so, I had many interests, but it was time to decide what I wanted to focus on. Two areas of interest were strongest, and had been for many years: astronomy and art. So, after school, I studied both.

Can you think of a story or event throughout your research career that inspired you?

When I was in my first year of my Astronomy PhD, I was selected to give a talk at an international conference in the US. I was so nervous that I could hardly concentrate all week. After my talk (in which I openly told the audience that this was my first conference contribution), a very well-known astronomer leaned over to me and told me that he “really enjoyed my talk”. It made my day, my week, and for many years after that, it helped me to lift the mood when I struggled. Recently, I thanked him for his kindness, and he told me that he makes a habit of telling junior researchers that they are doing well. He also said that these people often get back to him much later thanking him for these small acts of kindness. He inspired me to encourage and uplift colleagues: I know the struggle and how powerful a few words can be.

Many; some smaller and some quite significant that cost much energy and time and needed stamina. The most important tool I have developed/am still developing is the ability to look at my work objectively and detached from my self-worth, i.e., the effort to keep things in perspective and to step away from it all. We are not machines; we are all living and feeling human beings that make mistakes.

How did Covid-19 change the way you worked over the last few months?

I have been working from home exclusively. I never considered myself being very good at staying focused at home, but after some initial struggle in the first month or two, a dedicated space, noise-cancelling headphones and an old second monitor have made lockdown quite productive in terms of research. Being part of international collaborations, I was also used to telecons, and juggling with zoom, MS Teams and e-mail wasn’t too difficult. My creative (art)work, however, (sadly) almost came to a halt during lockdown. It seems that with a pandemic and confined to a desk and computer, I needed to be in control (science) and big artistic gestures that for me are otherwise part of external studios and physical collaborations reduced to small acts of reading and thinking.

Can you describe the collaboration with your artist – did you meet, email, speak online? What did you talk about?

We were only able to meet once, the day before I went into lockdown. From there on onwards, we wrote emails and send pictures sporadically.

Bob was very interested and had many questions. I was surprised that he was less interested in talking about art practices and more interested in discussing the philosophy of science or astronomy, jumping around from one topic to the next. He really seemed eager to learn and discuss!

Were you interested in art before participating in Creative Reactions?

Yes, I hold a degree in fine arts (MA paintings) and – less often now than in the past – actively participate in exhibitions as an artist (ArtScience) and curator. I also mentor other ArtScientists and give talks/lead discussions on the topic.

Both science and art are human attempts to understand and describe the world around us and the part we play in it. But we respond to art individually, based on our unique experiences, while science aims to stay objective, independent of the human, cultural or personal background of the scholar. A collaboration between art and science therefore offers new ways of communicating concepts that are difficult for us to grasp and adds individual value and personal meaning that is rarely available to science. On the other hand, science offers endless inspiration to the creative mind.